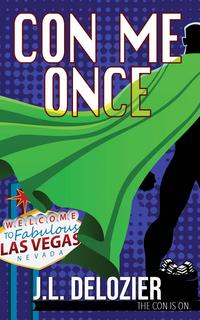 When Frank Lambda, a bumbling superhero wannabe, witnesses a mob hit gone wrong, he ends up running for his life.
Enter the mysterious Keira, whose secret academy claims to turn wannabes like Frank into real heroes. Frank knows a con when he sees one. But desperate for an escape, he joins three other recruits for training in Las Vegas. Against the backdrop of a thousand spandex-clad cosplayers Keira's true agenda—a multimillion-dollar heist from her mobster brother—is exposed. With their lives and a fortune at stake, Frank and his team of misfits fight to become the heroes they always wanted to be.